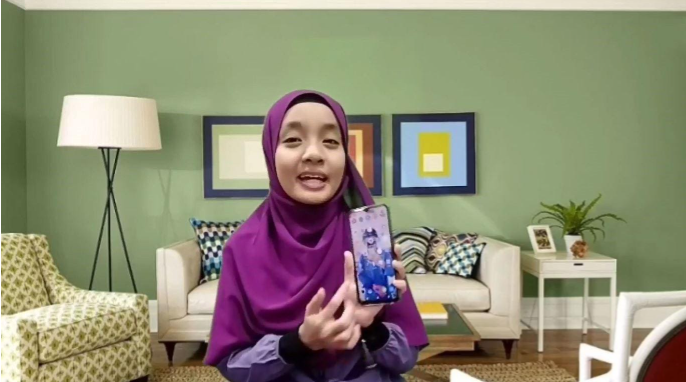 Three promising contestants emerged as the winners of Han Chiang University College of Communication’s (HCUC) E-Host Idol Search Contest 2021 in its finals held for the Malay, English and Mandarin categories, respectively. These champions are now entitled to receive a scholarship of RM25,000  to enrol in any course provided by HCUC. 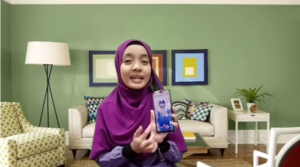 Nazira Mohd Salihin who produced a video on addiction to digital gadgets is the champion in the Malay category.

Nur Aina Nazira Mohd Salihin who produced a commentary video on ‘digital drugs’ came in first place for the Malay category while Edwin Tan E-Min’s how-to-tutorial video garnered tremendous response that allowed him to top the English category. For the Mandarin category, the 15-year-old Emily Ko Pin Xin’s food review made her the champion after a tough battle with fellow participants.

“I really didn’t expect that I could be the champion because I was competing with talented contestants. I am very thankful to E-Host Idol for this amazing opportunity,” the SMJK Jengka Pusat 2, Pahang Nur Aina expressed exuberantly.

Nazira, who hoped to come out with a unique idea, created a commentary video elaborating on digital addiction as a contemporary issue in society. She was extremely careful to ensure the quality of the video was not compromised.

The champion of the English category, Edwin Tan E-Min, has created an interesting video to share his recipe to cook a tantalising pasta.

19-year-old Edwin Tan E-Min, whose interest lies in becoming a popular YouTuber, was pleased when he emerged as one of the champions.

The SMJK Heng Ee student’s charisma and jovial approach were added advantages to his video on cooking pasta. He said that it was challenging for him to choose the idea. He had been racking his brain for days and nights. His initial thought was to produce a skit similar to his video during the semi-finals, but finally, he changed his mind to create something new to attract the judges.

Edwin shared that after this contest, he realised he is interested in courses related to Mass Communication or Graphic Design or Multimedia.

Another champion from the Chinese category, Emily, said that she was nervous when the emcee was announcing the result.

“At that moment, all my family members cheered in happiness. My mother and I felt touched on the verge of tears. I was delighted. I did it!” Emily from SMJK Convent Dato Keramat described it excitedly. 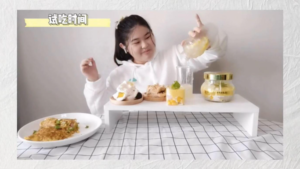 Emily Ko Pin Xin who is the champion in the Chinese category has come out with a video on food review.

In her video for the finals, Emily reviewed the taste of selected food recipes. As a foodie, she was even happier to have this opportunity. The only challenge for her was editing. She kept an eye on the details and repeatedly amended them to make the video better.

Emily shared that she engaged in the contest as she has a passion for hosting and hopes to break through herself.

“I have acquired the presentation skills and learned to speak naturally. I was grateful that the workshop from the Astro AEC TV Host inspired me a lot,” Emily expressed.

Emily added that she is interested in the communication field. She has a dream of becoming a host in the future to spread positive energies. 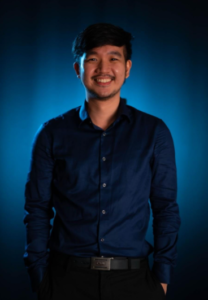 The president of E-Host Idol Search Contest 2021, Mr Lim Tse Shaun and the committee are motivated by the good response of the contest.

The annual hosting contest of HCUC had switched to online platforms due to the Covid-19 pandemic, yet the response was overwhelmingly positive. According to the president of E-Host Idol Search Contest 2021, Lim Tse Shaun, the committee initially intended to hold the contest physically again this year but had to forego the option considering the students’ safety.

“The objective of E-Host Idol Search Contest 2021 is to unleash secondary school students’ potential and enable them to gain hands-on experience in media hosting. We want students to know that they too can create content and be creative with the tools in their hands,” Shaun added.

Initially, the committee were apprehensive about the reception from students as they could not promote the event physically in the schools. However, they were surprised with the response.

“To our surprise, we received close to 100 submissions from across 11 states in Malaysia. So that response really injected motivation for us to continue planning for the event,” Shaun expressed.

Before the Finals on 7th August, there were two other preliminary rounds that students had to go through. The first round was an audition round where they had to send a video on self-introduction and the reason for participating in E-Host Idol Search Contest 2021. The number would then be narrowed down to 15 semi-finalists who had to submit a video regarding a specific theme. From this pool of 15 students, five finalists were chosen to take part in the finals. 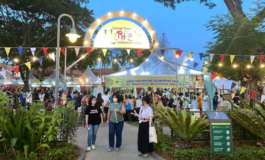 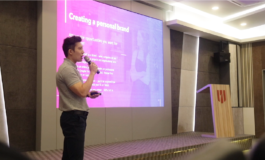 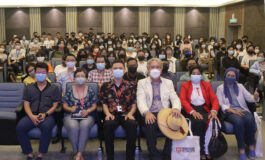