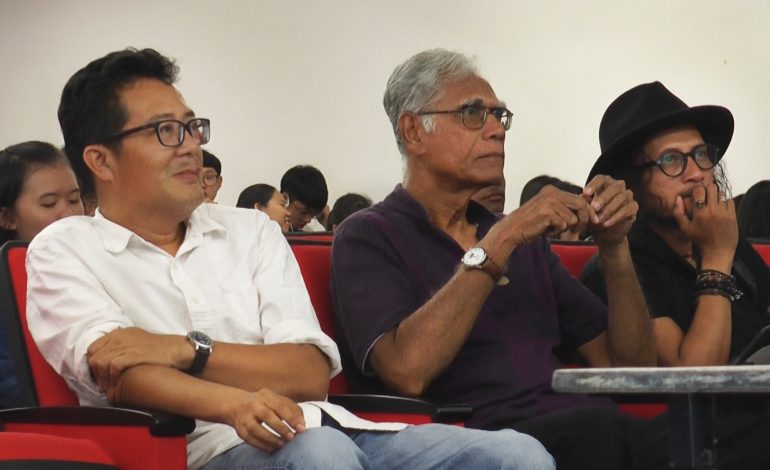 Young filmmakers and students who are interested to pursue their dreams as scriptwriters are advised to follow seven simple but crucial steps.

“Watching films is important, not only for directors but also for scriptwriters,” he said during a sharing session organised by Han Chiang University College of Communication (HCUC) recently.

“Analysing movies is a great way to enhance your storytelling skills.

“I learnt scriptwriting from watching films that piqued my interest such as films directed by the charismatic John Ford and Billy Wilder,” he said.

A well-known local filmmaker and the father of Malaysian film animation, Hassan Abdul Muthalib who was also at the sharing session, elaborated more on filmmaking and cinematography.

“Filmmaking actually combines and utilises elements from scriptwriting by using cinematography,” he said.

Some 50 students from the School of Applied Creative Arts and Design and the School of Communication and Media were shown a short animation called Laughing Moon. Through this animation, Hassan showcased to students that there were many approaches besides dialogues to tell a story creatively including the use of simple objects.

He ended the session by encouraging the students to think out of the box.