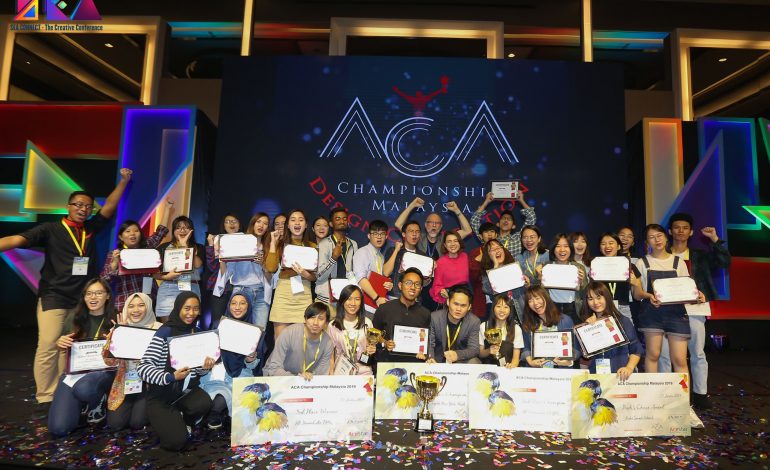 Miss Kung Sin Yee, 21, a degree student from the School of Applied Creative Arts and Design, walked home with a HP DreamColour Z24x Monitor worth RM4,600, a certificate and a trophy.

Kung, who is pursuing a Bachelor of Arts (Honours) in Creative Multimedia, was elated when her name was announced at the Grand Nexus, Connexion, Bangsar South City, Kuala Lumpur, on June 13 where the prize presentation ceremony was held. With her to receive the happy news was lecturer, Mr Benjamin Lam, from the School of Applied Creative Arts and Design.

“I was surprised as I did not expect to win the top three places because there were many “strong” entrants from other educational institutions,” Kung said in an interview, adding that there were also lots of amazing art works from other competitors who came from all over Malaysia.

The Design Competition was opened to Malaysian students, aged 13 to 22, who are from secondary schools, technical junior colleges, centralised institutes, polytechnics, universities and private institutions.

The top 30 winning entrants of the Design Competition and their lecturers were invited to attend the SEA Connect – The Creative Conference which was held together with the prize presentation ceremony. However, only the names of 10 winners for the competition were announced. 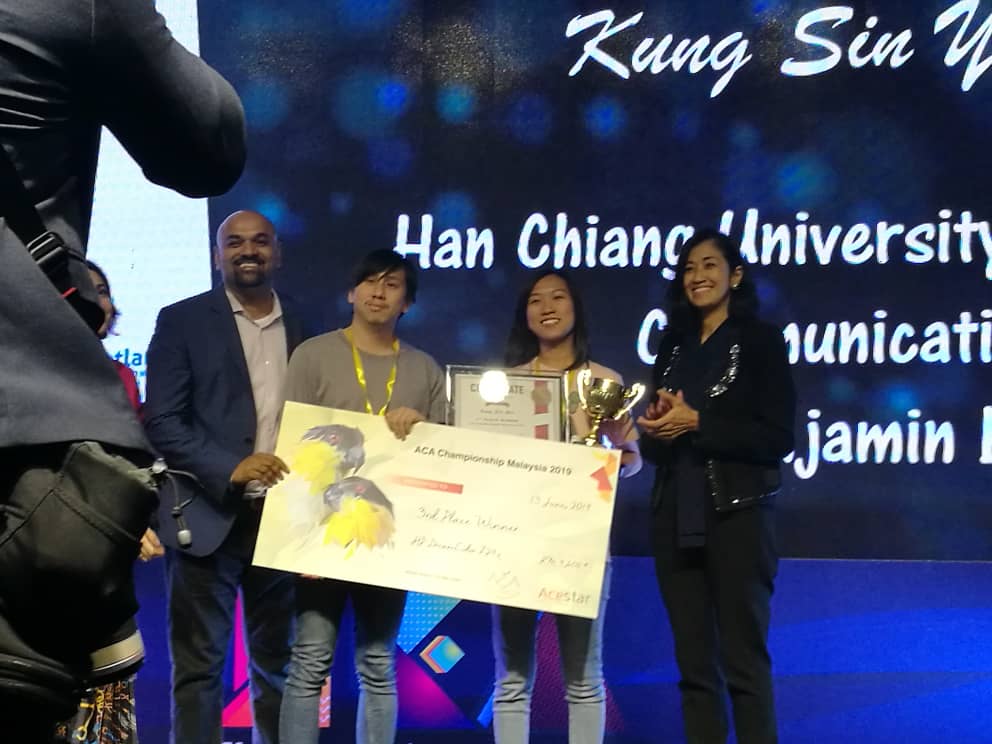 Kung, who is a Year 2, Semester 2 student, said she submitted her poster design entry for the first round (which was held from March 13 to March 25) on the theme “Wetlands-Nature’s Hidden Treasure’’ online to the organiser, Ace Star Sdn Bhd.

“I was encouraged by Mr Benjamin Lam to join the competition. I took part in the same competition last year but didn’t make it to the top 30.”

On April 2, she was informed that she was among 30 entrants qualified for the final round from among about 1,200 entrants and was asked to go for a live-test on April 10 at Pinnacle 10, The Vertical, Bangsar South City, Kuala Lumpur.

There, the finalists were asked to do their design work based on the theme Wetlands – The Cradle of Life, from 9am to 6pm. They were provided with computers and some basic photographs to work on but disallowed phone and internet access. The finished product should be submitted before 6pm.

Kung, a product of SMJK Convent Datuk Keramat, said she has been interested in arts, drawing and sketching.

During her secondary school days, she had won a consolation prize in a design competition organised by a private education institution.

After the Sijil Pelajaran Malaysia examination in March 2016, she chose to pursue a Diploma in Multimedia Communication Design and graduated in 2018. 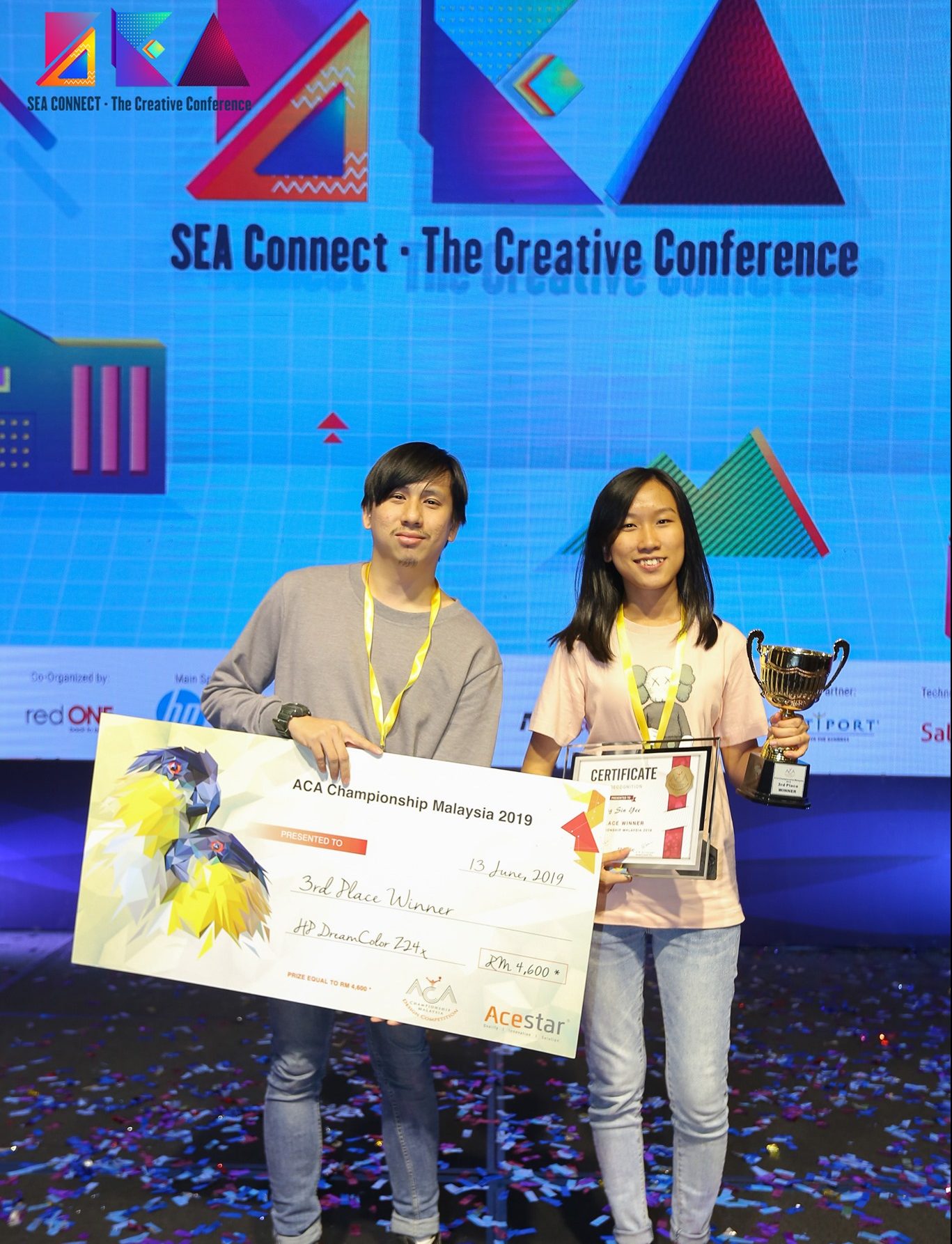 She said her lecturers in HCUC were very supportive and approachable for guidance and advice.

“My parents were not free to accompany me to Kuala Lumpur to do the live-test. Mr Lam was kind to chaperon me,” she added.

Meanwhile, Lam said all the lecturers from the School of Applied Creative Arts and Design were extremely proud of her achievement.

“She has outdone herself by achieving third placing out of more than 1,200 participants nationwide. She has always been dedicated and strove to improve herself constantly since she was a Diploma student.”

“It is clear now that her hard work has finally paid off. She is proof that hard work, perseverance, and education are key to success.”

“We would also like to thank Acestar, the organisers of the competition,for giving us the opportunity to showcase our students’ talent, for inviting us to the conference and award giving ceremony, and to honour our hardwork and dedication in bringing up our students.’’