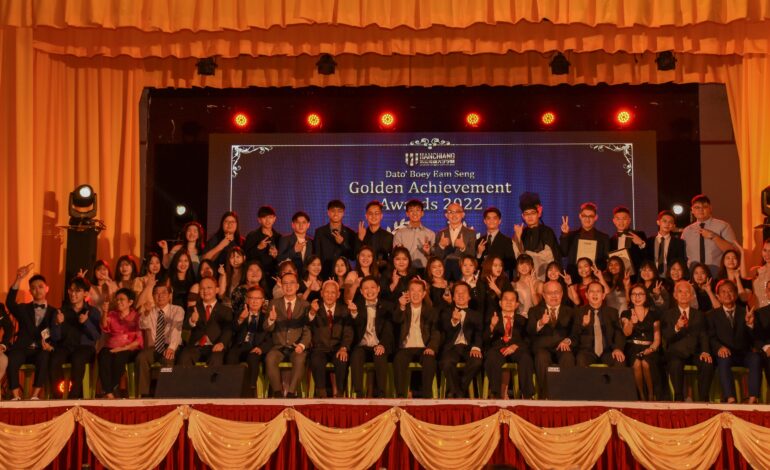 “As a major event for the University College, it serves as a ceremony to recognise and award recent graduates for their outstanding academic achievements. It also serves as an important platform for existing students to demonstrate and put into practice what they have learnt. The exposure will boost the confidence of the students to move forward regardless of any obstacles they will face in the future,” Dr Beh Kok Hooi, the HCUC Vice-Chancellor expressed in his speech.

In his speech, the HCUC Vice-Chancellor took the opportunity to state his gratitude to Dato’ Boey Eam Seng for his most generous support to the Golden Achievement Awards ceremony, Executive Advisor of the Board of Directors, Tan Sri Dato’ Seri Tan Kok Ping, JP, Chairman of the Board of Directors, Dato’ Seri Ooi Soo Hing, all the directors, staff, students and alumni for playing an integral part in ensuring the success of the event tonight.

This year, HCUC had added “Boey Eam Seng Outstanding Achievement Award” on the awards list to express gratitude towards Dato’ Boey Eam Seng who had supported GAA for years. The award was deservingly won by Ruey Kung Swee Siang. The alumni from School of Applied Creative Arts and Design (SACAD) went home with a beaming smile and a cash prize of RM5,000! His career has been illustrious as a Creative Designer with an aptitude for Event Marketing, Event Management, Creative Spatial Design and Development, Creative Design and Packaging, including User Interface (UI) Design. The projects he has undertaken cuts across brands or organisations such as the AIA Great European Carnival 2018, Disney: Marvel Pop-Up Store HK, FWD Presents: The Frozen Exhibition HK and Art Toy Concept Design amongst many others.

Ruey Kung expressed his appreciation towards Dato’ Boey Eam Seng in his speech. He believes that the presented award will not only motivate HCUC’s graduates, but will also constantly remind graduates about the grace of alma mater. He encouraged juniors to be persistent regardless of any obstacles they might face in the future. 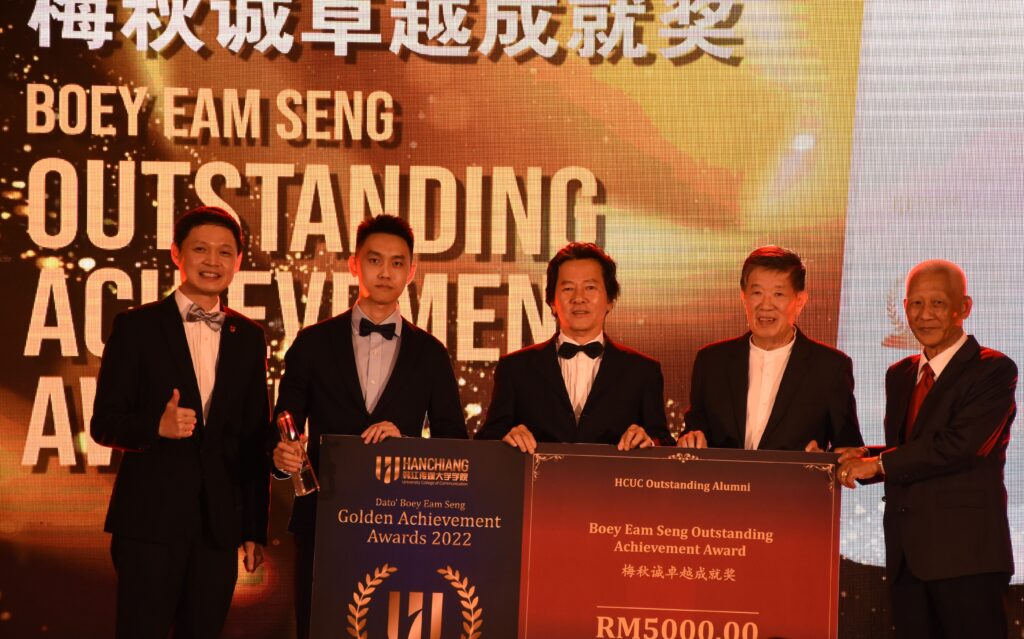 “Honour, tolerance, humility, and charitability are the main values of this Golden Achievement Awards as they are the values Dato’ Boey has used as his philosophy of life, which is also passed down from generation to generation within the Han Chiang community, and these values will be continuously upheld and promoted by us,” Dr Beh added. 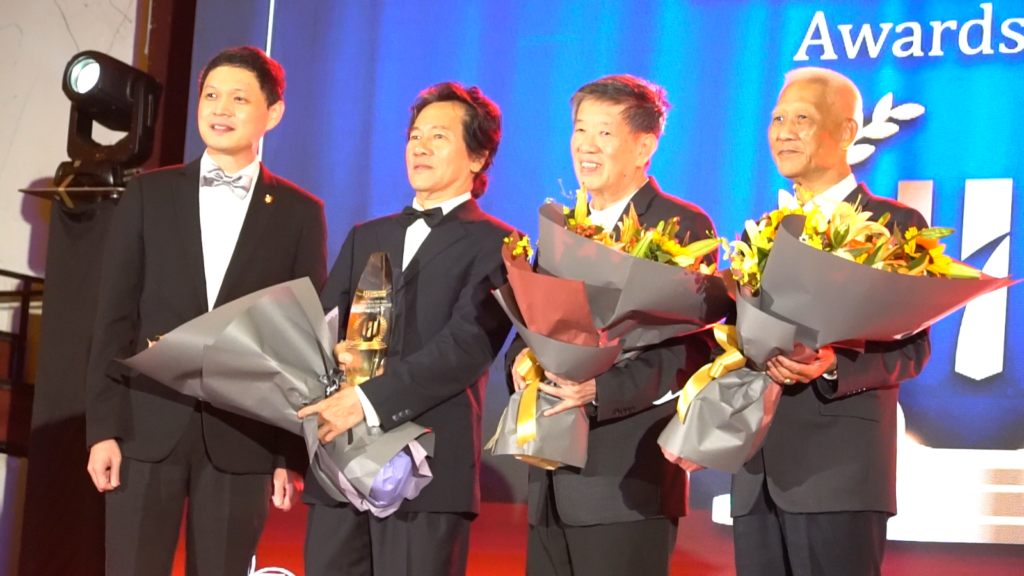 The event presented a total of 18 awards to deserving students from different schools which are School of Business and Management, School of Chinese Studies, School of Applied Creative Arts and Design and School of Communication and Media. Apart from 15 academic awards and the Boey Eam Seng Outstanding Achievement Award, special awards including Best Dressed Award (male and female) and The Most Popular Wefie were also delivered.

The 2022 Golden Achievement Awards was held at Lim Lean Teng Hall on 29 of September with the presence of students, academics and the Board of Directors of HCUC. 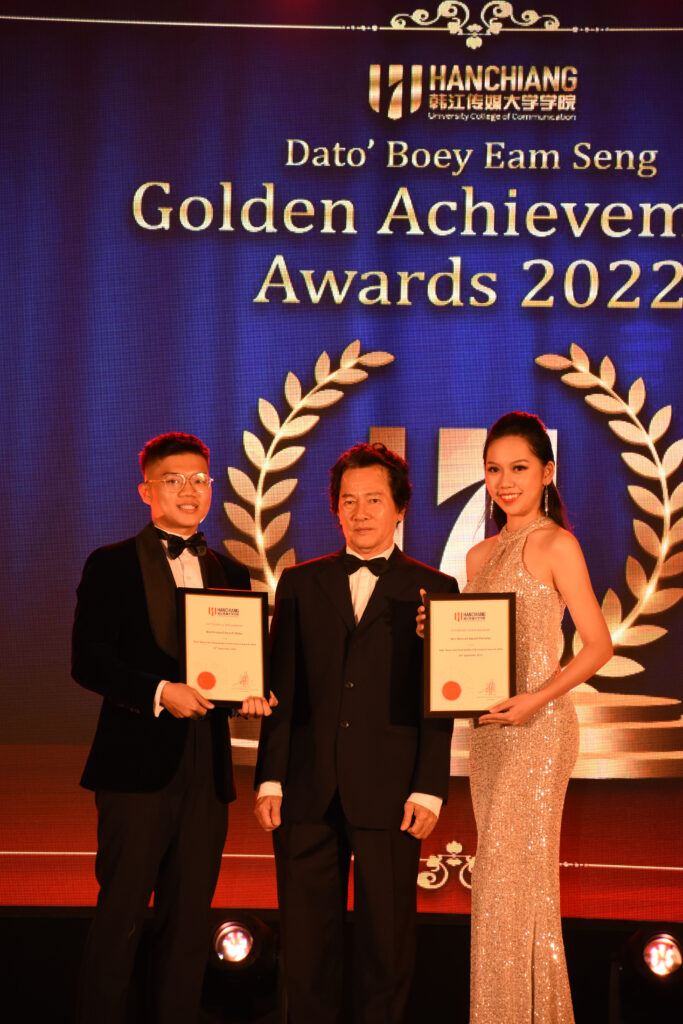 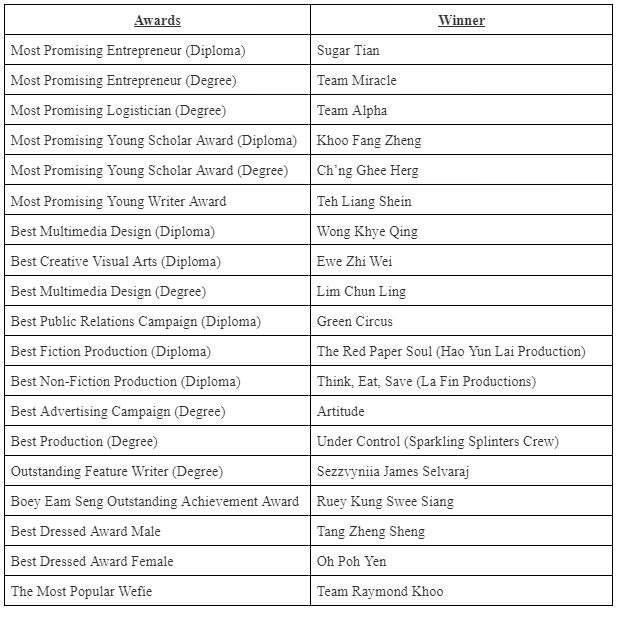