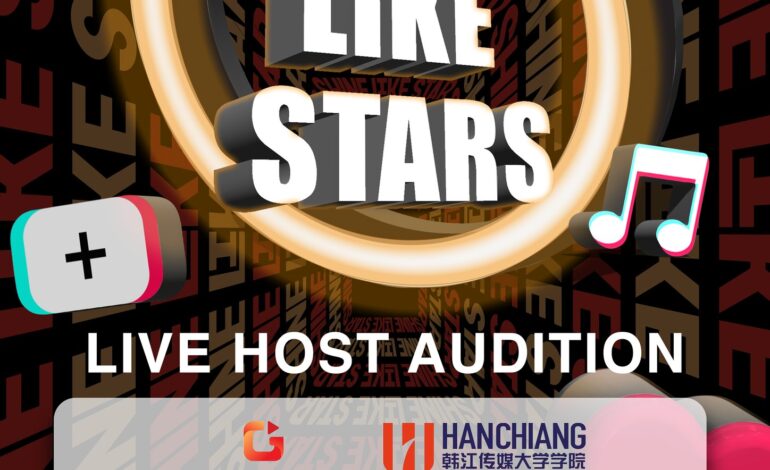 Lew Haw Wei, 22, from Han Chiang University College of Communication competed with 15 other finalists from various institutions to get a hold of the championship. 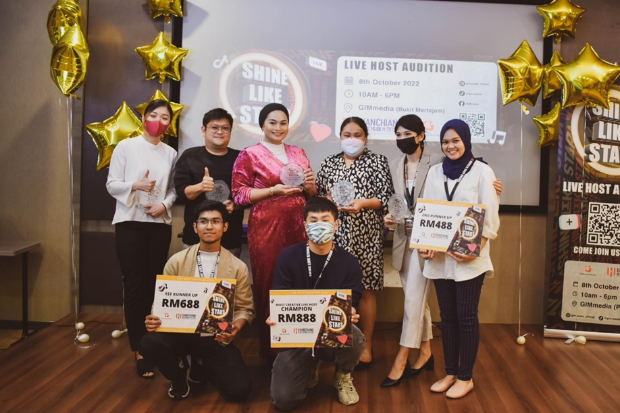 Lew Haw Wei (front left) having group photo with the judges, June, Mike, Chombie, Adillah and Jayslyn Saw (back from right to left)

Joan Chong Eileen, Chairperson of Shine Like Stars, mentioned that the purpose of the audition is to help GIM media to boost brand awareness of the company to the public. Besides cash prizes, the winners may also land in the company in the future. The cooperation with GIM media was introduced by Jayslyn Saw, lecturer advisor of Shine Like Stars live host audition.

Lew revealed that he was not interested to participate at first because the audition was mainly in Malay, so he lacked confidence at first. He paid a lot of attention to this audition and began to watch their live platform which created interest and confidence within him that his language skills are competitive enough to participate in the audition.

He said that it was an unexpected victory because his intention was only to experiment his personal capabilities. Lew believes that his ability to adapt to challenging environments by maintaining his composure and being himself are some of the attributes that have helped him tremendously during the audition. He also gets the advice of his friends which has also relaxed his mind time and again.

Lew has also suggested the possibility of joining GIM media if the conditions are favourable for his self and career development.