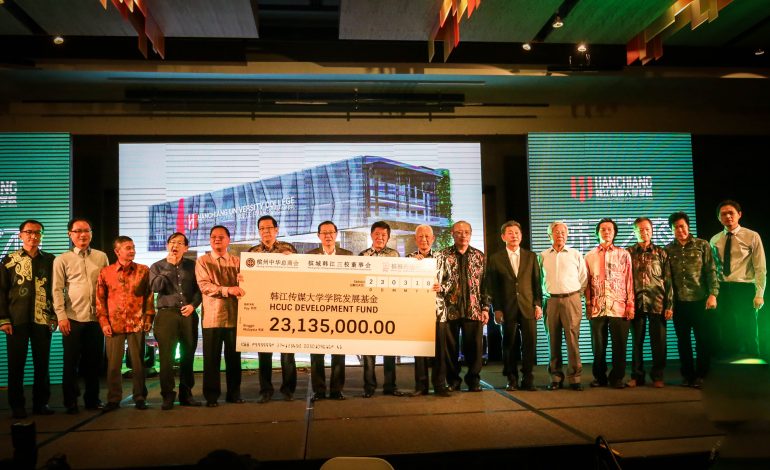 Penang Han Chiang Associated Chinese Schools Association Board of Directors, in collaboration with Penang Chinese Chamber of Commerce (PCCC), were joint organisers of the fundraising dinner.

The dinner was to show appreciation to donors who have contributed to the HCUC’s fundraising event to develop the sky building The Chancellery and also to upgrade teaching and learning facilities as part of HCUC’s effort to offer a modern and conducive learning environment for students.

He also added that the path of Chinese education has been full of obstacles and it was only with the generous support from the Chinese community that it is able to thrive and flourish.

“The three schools of Han Chiang, with the support from all parties are marching towards a complete educational system and this is indeed a proud achievement for the Chinese community,” Ooi said.

Ooi added that since obtaining the approval letter to upgrade to university college status from the Ministry of Higher Education (MoHE) in October 2017, the Board of Directors has channelled considerable effort into enhancing the facilities of the university college, such as planning The Chancellery, and upgrading the teaching and learning facilities.