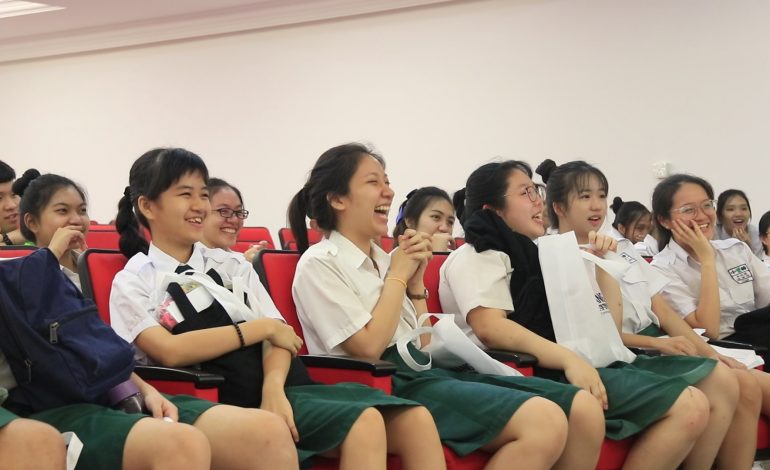 Han Chiang High School (HCHS) had a taste of campus life when they visited Han Chiang University College of Communication (HCUC) on April 10.

Workshops, games and talks were conducted by lecturers and students from the Schools of Communication and Media, Applied Creative Arts and Design, Business and Management, Chinese Studies as well as Languages & Translation.

The students also attended a briefing on the Professional Automotive Programme, besides being given hands-on experiences on basic automotive maintenance.

Student Ong Yuen Sean, who was given the chance to create a webpage at the Multimedia workshop, was surprised with the media facilities at HCUC.

“The facilities at HCUC impressed me a lot, especially the Mac Lab which has all the latest Mac version,” Ong said.

Students who visited the School of Communication and Media’s TV Studio were wowed by the Green Screen. The Green Screen is a chroma keying technique for layering two images or video streams together based on colour hues. This technique is used to remove a background from the subject of a video especially in newscasting, motion picture and video games.

Student Liew Xuan Jin said she was thrilled to “try out” as a newscaster at the TV Studio which is equipped with good broadcasting facilities. “It was a good feeling although I was very nervous at the beginning,” Liew said.

Head of broadcasting, Mr Lee Kean Wei, briefing students on the functions of the Green Screen.

The students were taken on a “Business Journey” when they visited the School of Business and Management’s station. They were taken on a form of journey which depicted thematic business-related elements such as leadership, innovation, negotiation skills, teamwork and discipline.

At the School of Languages and Translation’s station, the students played games where they were asked to translate from Bahasa Malaysia to English and vice versa.

Student Lim Yip Khai said that he wouldn’t have known of so many job/career opportunities related to Professional Automotive Programme which is available at HCUC if he had not visited the university college. 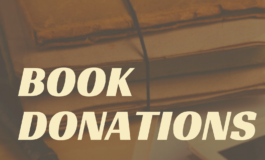 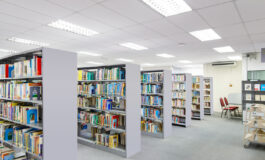