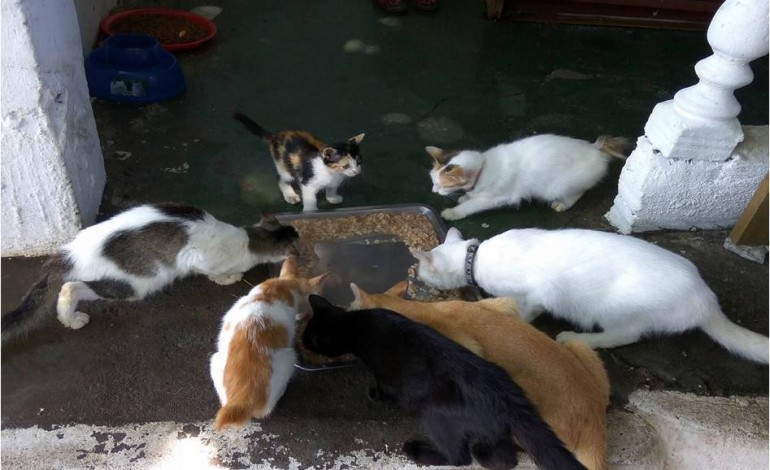 Lim was walking down the dark alley when he saw a moving shadow with two bright eyes staring at him in fear.

It was an injured stray dog.

“I wanted to help.

“But there are just too many injured and diseased strays that it is beyond my capabilities,” independent animal rescuer Lim said with a frown.

A total of 1,167 strays were rescued by the Society of Prevention of Animal Cruelty (SPCA) Penang last year, but the number is not conclusive because strays are still seen in large cities, small towns and rural villages.

Up until now, the government controls the number of stays through culling, euthanising and inhumane killing.

But a new method, known as Trap-Neuter-Release (TNR) was introduced in 2012 to propose a “no-kill” policy in stray management where strays are caught and neutered before being released back on the streets.

Is it better to release after spaying these animals in spite of the dangers that they might face, or is it more humane to practise mercy killing?

This has been a hot debate between vets and animal lovers.

TNR was first implemented as a humane method in controlling stray population where it promotes sterilisation of strays over euthanasia or inhumane elimination executed by pounds and local councils.

Teviot Fairservis who runs a cat shelter in Teluk Bahang, believes that all animals have a right to live.

“I do not believe it is fair or right to kill a healthy animal or even a sick or injured one just because there is insufficient space or staff or funds to care for them,” the 62-year-old founder of Cat Beach said as she caressed a sick kitten in her shelter.

Teviot thinks that, in theory, TNR is a best policy to control stray population.

But in practice, she emphasised that sterilised strays should be released to a managed situation.

“I believe animals should be released only to controlled situations where they will receive regular food, fresh water and veterinary care as needed,” Teviot added.

Another advocate of TNR is Sarah West, the coordinator of Save Our Strays (SOS) society which implemented the programme.

Shaking her head in disapproval when asked about her thoughts on euthanasia, she said: “Who are we to determine whether the animals wish to give up on life?”

She continued with a smile, stating that one of its dogs Xavier suffered from a life-threatening disease, and yet, it fought hard to live and is now enjoying life in a boarding home.

When pressed on the high number of other wounded and ill strays that the shelter may have missed, she flinched at the thought.

“We are now trying to widen our connections with independent rescuers and animal lovers, in hopes that more of the animals in need can be rescued in time,” she explained.

The main obstacle of sterilising cats and dogs in shelters is funding, with an average expenditure of RM150 for neutering and RM300 for spaying.

Although TNR looks good on paper, there are still evident loopholes as to what happens when these sterilised dogs and cats are released back on streets.

A small survey that was conducted around a neighbourhood near a feeding spot for strays discovered that some residents find the presence of strays with diseases or wounds intimidating.

The Deputy Director of the Animal Welfare Unit in Petaling Jaya Dr Saravanakumar mentioned that as much as one cares for the animals, the welfare of the people should also be taken into consideration.

“Yes, they are neutered, but they are still out on the streets.

“There are people who find their safety threatened by stray dogs, while some just find the presence of dogs intimidating due to their religious beliefs,” he said.

However, vet advisor and founder of Noah’s Ark Ipoh Dr Ranjit countered that most neutered animals are less aggressive and submissive.

A study by the Association of Pet Behaviour Counsellors in UK also shows that neutering a dog helps to reduce its aggression, especially those neutered in early-age.

Amongst the debating voices on sterilising or mercy killing, Dr Paul Chelliah proposed a third path.

This experienced veterinarian, who is also the president of Veterinary Association Malaysia, suggested that one should be treating the root cause instead of the symptoms.

“We have been emphasising on neutering, feeding, adopting and killing, but we have not done any advocacy on responsible ownership.

“Strays do not come from nowhere, they come from irresponsible pet owners,” Dr Paul stressed.

Teviot and her shelter assistant, Kari, feel vexed with the irresponsible attitudes of pet owners who make no effort in finding new homes for their pets after deciding they could no longer keep them, leaving the animals to fend for themselves.

“All too often we hear of cats and dogs dumped at markets, restaurants, or construction sites, with the excuse that someone else will feed them.

“A pet has no skills to care for itself, and if it is placed in a situation where humans do not like or want animals around, it can be a life or death situation,” Teviot said with a frown of disapproval.

There is only one European country that has successfully achieved zero strays; Sweden.

The problem of strays in Sweden is effectively resolved through responsible ownership and education, resulting in a society that cherishes animals and refuses to see them on streets, let alone be euthanised.

Unfortunately in Malaysia, such animal welfare education is non-existent.

Perhaps education will be the most humane and effective way to eradicate the problem of strays in a country, though this path is often the most complicated.

Teviot quoted Mahatma Gandhi: “The greatness of a nation can be judged by the way its animals are treated.”

Leong Win Li is a student journalist and is pursuing her 3+0 Bachelor of Communication from University of Southern Queensland Australia at Han Chiang College. 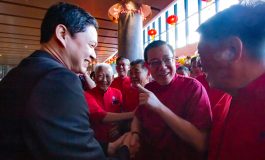 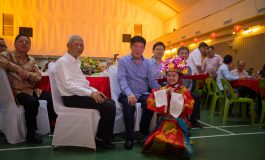 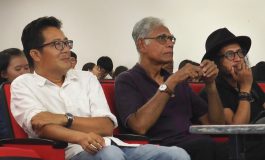