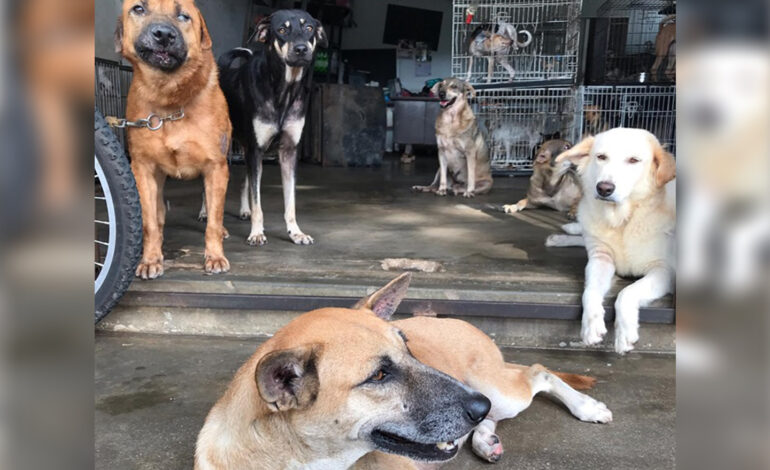 Ever since the Malaysian government implemented the Movement Control Order (MCO), working from home has become the new norm for many but, apart from the frontliners, several other jobs are impossible to be carried out from home. As such, the workers in the International Aid for the Protection and Welfare of Animals (IAPWA) Penang continue to work in the facility during this challenging time because they are responsible to take care of the lives of about 40 dogs. 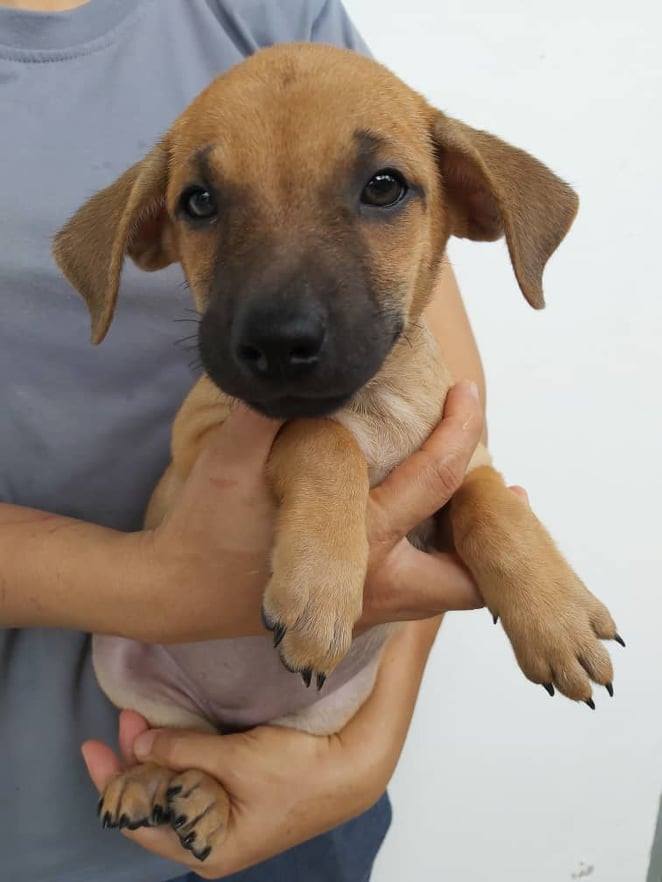 A Pup at IAPWA is waiting for an adopter.

IAPWA Penang has been working with Penang Island City Council (MBPP) since September 2017 to establish and manage a humane programme for the strays.  As a result of the TNR (trap, neuter, release) project, dogs are no longer culled in Penang. They also provide the dogs with veterinary care before they are released back to their common surroundings or sent to new homes within the IAPWA adoption programme. All of this requires the help of the workers in IAPWA.

Choong Koon Yean, the president of IAPWA Penang explained that the workers have established a strict and clear job roles during the MCO period so that everything goes systematically planned. They maintain a maximum of two workers in the facility each day. One of them is responsible to feed, care and exercise the dogs, while the other fetches dogs to and from the vets. Besides that, staff are required to wear masks and stay two meters away from each other. On the other hand, paper work is handled from home.

High level of hygiene was practised before the MCO

She also mentioned that a high level of hygiene was practised even before the MCO. For instance, stocks of disinfectants were frequently replenished, constant hand wash with soaps was done before they handled different dogs, and wearing boot dips before entering kennel areas to minimise canine diseases passing from one dog to another via human touch.

According to Choong, by ensuring proper cleanliness at the facility and practising normal standard hygiene care like washing hands before touching different dogs would help to prevent the spread of coronavirus as the World Health Organization (WHO) had announced that there is minimal risk of the dogs getting this virus.

“Although we have heard some sad news concerning animal welfare during the MCO period, there are also some heartwarming stories which happened at IAPWA,” said Choong.

“An 11-year-old girl baked waffles to raise funds and donated RM500 to us although fundraising activities such as charities or donations are difficult to be organised during this difficult time,” added Choong.

IAPWA are also deprived of assistance from the authorities except for the use of dog pound provided by MBPP. She hopes that the public will kindly adopt their dogs or help them to promote the pups, so that these furry kids could get a family and no longer live as street dogs. 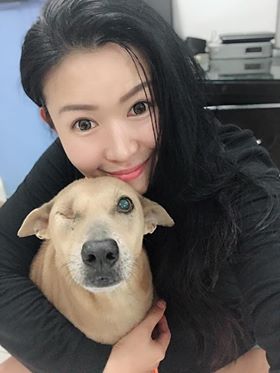 Mey Lim and one of the dogs at PHOS.

Other than IAPWA, Penang Hope of Strays (PHOS) is also an organisation that aims to provide a better life for dogs. They usually rescue injured stray dogs and allow them recover at either the dog shelter in Simpang Ampat or Penang Island. The total number of dogs added up at both shelters are about 150 and 30 percent of them are disabled, so there is a need to have a caretaker to look after them.

Mey Lim, the founder of PHOS said that there is only one worker working at each of the dog shelters mentioned during the MCO period. Both of them live near their workplace so it is convenient for them to go to work. She also allows them to go home earlier when they are done with their jobs because she understands the severity of the situation, but the workers would normally spend their time accompanying the dogs and leave the shelters according to the usual working time. 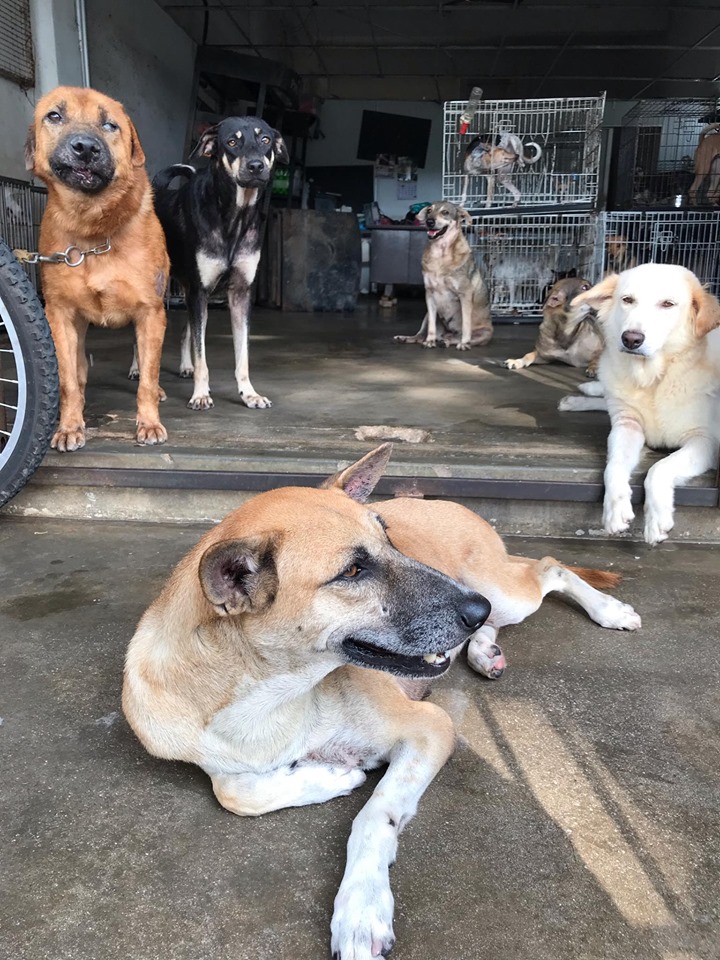 “In the past, we could simply arrange volunteers to carry out dog rescue missions but now with the regional lock down, sad to say, we cannot rescue stray dogs out of Simpang Ampat area but only try our best to teach the public the correct methods to handle the dogs or direct them to the nearest dog rescue organisations which are located in the areas,” she said.

According to Lim, due to the restricted movement control, the total rescue cases recorded during this period is much lower. As many dog injury cases are caused by humans, PHOS is always ready to rescue the injured stray dogs and see them living their lives to the fullest.

Lim is surprised to see that the adoption rate has increased during this period as it is a challenging phase to encourage people to adopt the dogs as they cannot carry out an adoption drive on Sundays, but only publish the information on their official Facebook page.