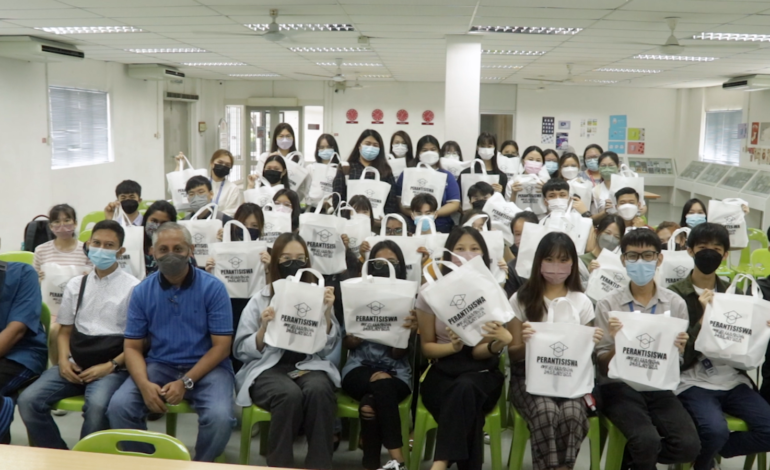 Beneficiary students were given a Samsung Galaxy Tab A8 LTE tablet with a 10.2-inch screen, 4GB RAM and 64GB storage. The finalised package also included several Android accessories, such as a stylus, keyboard and protective cover, making up a total value of RM1,500.

To reward high-achieving university and college students by improving their learning efficiency, the Ministry of Communications and Multimedia (K-KOMM) and six telcos – Celcom, Digi, Maxis, U Mobile, TM and Yes collaborated to lead the procurement of the devices and this initiative.

Bachelor Degree in Media Production (Year 3 Semester 2) student, Yew Wan Yin said that a tablet is more practical than a laptop for college students due to its small size and lightweight.

“College students often prioritise convenience in the process of learning. Compared with laptops, tablets which are smaller and lighter can help reduce the burden on students and allow us to communicate effectively with the lecturers on the assignments,” she added.

Diploma in Mass Communication majoring in Broadcasting (Year 2 Semester 1) student, Ooi Kai Chuang tablets not only elevate the effectiveness of students in taking notes in class, but also reduce paper usage to preserve the environment.

“I would like to use this tablet to do some simple video editing to improve my video-editing skills and it allows me to edit video anywhere that I want,” said Preshana A/P Rameshkumar, the Diploma in Logistic Management (year 2 Semester 1) student when asked about her utilisation of the tablet.

Of the 152 HCUC applicants, 61 students were eligible, while 40 students showed up to receive the free tablets. Relevant authorities will keep the tablets of students who are unable to attend until the next distribution.

Students can keep the tablets even after graduation. To ensure uninterrupted learning for students, they can apply for a replacement of the damaged device during the two-year warranty period.