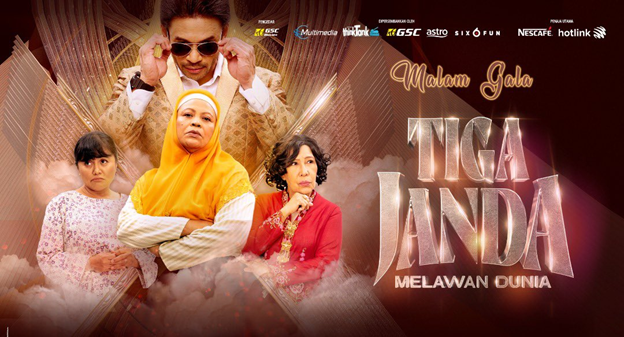 Tiga Janda Melawan Dunia or Three Widows Against The World as it was named in Netflix is a local comedy film that I consider as my guilty pleasure when it comes to watching films in the first half of 2022. Do not be fooled by its lame title, because if you avoid this film just because you get annoyed by its title, you will be the one who is on the losing side. Trust me, it is not your typical Malay comedy film. I do understand that there are many people who have made an early judgement. Yes, I’m looking at you, you typical Malay film basher on social media. Just for the tiny reason that Tiga Janda Melawan Dunia sounds so “kampung” and the title does not hold any commercial value. However, this is where the strength lies. From our local perspective, the word “Janda” or widow is often considered controversial and is misunderstood within Malay culture. So seeing the three late-middle age “Widows” in this film fighting stereotypes against patriarchy in Malay society itself is something refreshing and fun to look at. Yes, you heard it right, Tiga Janda Melawan Dunia is all about empowering women without being too forceful.

Upon watching this film, I did not have any expectations as this is the first film directed by Hyrul Anuar. It is always an interesting experience whenever you watch films from a new filmmaker as you will never know what the outcome will be at the end.  Through my limited knowledge and resources, prior to directing Tiga Janda Melawan Dunia, Hyrul Anuar was active in the field of advertising making TV commercials. This reminds me of my school friend, Quek Shio Chuan who was also active in the field of advertising before making a film called Guang which won him the best upcoming filmmaker award in the 30th Festival Filem Malaysia. In contrast to Quek’s Guang which excels in story and cinematography department, Hyrul Anuar’s Tiga Janda Melawan Dunia on the other hand stands out in its creative style of editing. Quick cuts, match-cuts, fast paced action montages, creative transitions, and zooms are how Hyrul Anuar uses editing as a tool to incite humour and communicate a lot more through a lot less. Sounds a lot similar to Edgar Wright who has directed plenty of fun movies such as Scott Pilgrims Vs The World, coincidence? You see the reference in the title? Haha. Hot Fuzz, Ant Man, Baby Driver, and many more, am I right? While I do think that Edgar Wright is one of Hyrul Anuar references when making 3 Janda Melawan Dunia, I also believe that he managed to incorporate the creative editing style in his film through his long experience in the TV commercials industry which shares the same characters. Again, talking about Scott Pilgrims Vs The World, I can see the resemblance of superficial world building, and its non-linear narrative which also has a similar approach in Tiga Janda Melawan Dunia.  For local comedy lovers, I put this film under the same category as Kampung People series, and the Keluarga Bahadon series, which has a touch of modern flavours where I can see that they shared the same comical style blended well with local cultures, but of course it’s not everyone’s cups of tea.

The story is set in a local village. Midah, Rohayu and Ani are three widows who happen to be die-hard-fans of singer Aiman Zalini. When the singer’s last concert is announced, the three ladies try and do everything they can to raise the money for the tickets. They concocted an additive-free, all natural, and non-tobacco vape juice business. Their vape formula proves to be a success and they make enough for the concert tickets. However, unbeknownst to them – their all-natural vape juice has turned many drug addicts sober and this is causing a demand issue for the drug cartel bosses. This in turn starts a zany and hilarious chain of events that will change the ladies’ lives forever. The choice of the actors is the main strength of this film. The cast of Raja Azura, Normah Daanhuri, Khatijah Tan, and Rosnah Mat Aris are the driving force behind the story. It is somewhat a daring approach from Hyrul Anuar and team because all of the names mentioned are not a household name in the local film industry nowadays, their time has long gone. But not only has Hyrul put aside the stigma where only popular actors who have a lot of followers in social media can attract huge numbers of audience to the cinema, but he also managed to direct these ladies to their lifetime performances. As for the storyline, once again my expectations were wrong because Hyrul was able to make the most of the 110 minutes of the durations with the right amount of emotions here and there. There are happy moments, sad moments, suspense, action, and inspiring, all in one and Hyrul was not overdoing it. Which is nice. The action scenes also remind me of the 1st Abang Long Fadhil movie, and oh please do not associate me with the latest Abang Long Fadhil 3 as it is a disaster but that is a totally different story, maybe next time. Haha. The character development of Midah, Rohayu, and Ani, has also been handled well and this aspect sometimes sadly has been overlooked in modern Malay films storytelling.

It has been a long time since I’ve seen a local comedy film that is fun, honest, and creative like this. I honestly think that this is a hidden gem for a local comedy film. I kindly hope that Hyrul Anuar will continue to make films in the future. Tiga Janda Melawan Dunia is now on Netflix. 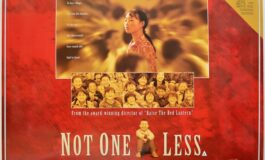 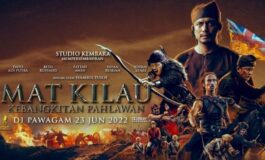